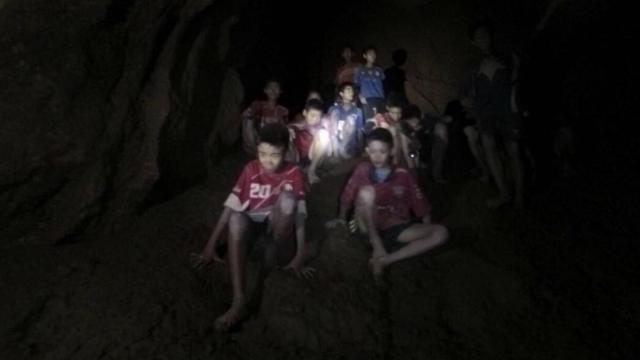 As I write these words…

Teach your Child to Swim

Do you remember learning to swim? I had swim lessons at Camp JCC, at our local Jewish Community Center in Schenectady, NY. I am thankful of that for many reasons. Knowing how to swim has made summer vacations a lot of fun for many, many years. Swimming is relaxing and swimming is a great workout too. But mostly, I am thankful that I learned how to swim as a child because that skill enabled me to save my two-year old son’s life when he fell into a motel pool back in the summer of 1991 – he had not yet learned how to swim.

As I write these words, the world is celebrating the conclusion of the unfolding dramatic rescue of the Thailand boys’ soccer team, trapped along with their coach inside an extensive network of flooded caves since June 23rd. The rescue mission was fraught with danger and grave concern for many reasons – but one of the most daunting realizations that came about shortly after they were miraculously located deep inside the cave was that not a single one of these young athletes knows how to swim.

“Not a single one of them?” was my first thought. How could that be?

About 1500 years ago, the rabbis of the Talmud had a keen understanding of this human shortcoming. In the context of enumerating the obligations of a parent to child (actually, more specifically, a father to son), they listed the following:

A father is obligated with regard to his son to circumcise him, and to redeem him if he is a firstborn son who must be redeemed by payment to a priest, and to teach him Torah, and to marry him to a woman, and to teach him a trade.  (Babylonian Talmud, Tractate Kiddushin 29a)

Of course, this seems like a sensible list of requirements of a Jewish father to his son – food, clothing and shelter seems to “go without saying.” However, what was most interesting was the what was ultimately appended to this list:

And some say: A father is also obligated to teach his son to swim.

In his commentary, Rashi (1040-1105) elaborates – “lest he go out and a boat, and the boat sinks and his life is endangered for not knowing how to swim.”

Preparing ahead for possible danger is a very Jewish concept. Life cannot be a series of reactions – the rabbis taught here of the importance of being proactive – of taking steps to be better prepared for what “might” happen.

In a sense, I would suggest that Jewish adult learning, in general, is an act of intellectual and emotional preparation. Just like for the Talmudic scholars, one goal of Jewish leaning is to consider what might be and how our Torah tradition might direct us to act under those circumstances. Jewish learning engages us in thinking ahead to what might be, in an effort to put us in a better place to make necessary decisions should our circumstances change, should challenges arise before us.

So why is it that Thai children do not for the most part learn to swim? If you are interested, take a look here at a website called Thai Children Must Swim. Apparently, this is a huge problem in Thailand, and so it was probably of no surprise to learn that not a single one of these young athletes knew how to swim.

I am hopeful that this near-tragedy will inspire the who have it within their power to take steps toward rectifying the situation in Thailand, and across the world.

It is at this moment that I thank my mother, actually, for being a wonderful Jewish mother, and making sure that in addition to providing for my spiritual, educational and physical needs, she also prepared me for the unknown and unexpected; by making sure I knew how to swim she not only protected me from danger, but also saved the life of her future grandson.